You are here: Home » Nepal 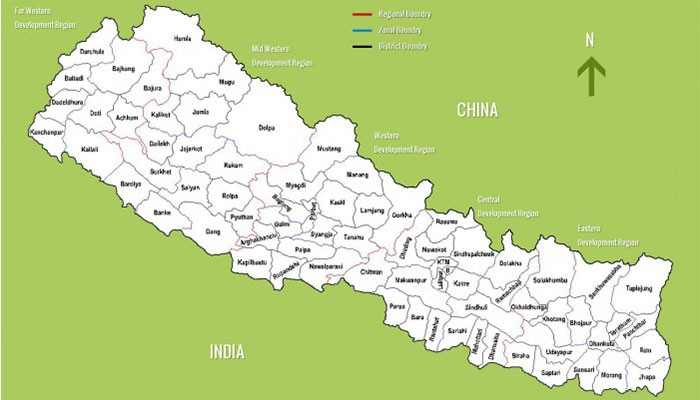 "Namaste and welcome on behalf of Attentive Holiday Tours and Travel (p) Ltd.. We are one of the leading government registered travel & tour company in Nepal.

We offer a number of tour package in Nepal as well as trekking and hiking trips which is fit both for novices to experienced trekkers. Not only that we can arrange your travel smoothly by managing air tickets in reasonable price for Nepal as well as international flights. We provide the best tour service as our client’s interest and our Itinerary is very flexible which directly suits as per requirement. The tough competition here in market bound us to provide quality services which we never compromise at all.

Rich cultural spirit that represents unique blend of Buddhism and Hinduism, Birth place of Buddha, Home of Mount Everest, World class rivers, World heritage sites - this is Nepal and it has something to enjoy for everyone.

“Great way International Travels & Tours “is proud to share our country’s nature & century old cultures, and many years of experience in this field with you and give you an excellent opportunity to explore our beautiful Nepal.

Nepal At a glance

Nepal is a federal democratic republic country in the Himalayas, which lies in South Asia between Tibet, an autonomous region of the People’s Republic of China to the North, and India to the South. This country is rectangular in shape and 885 km in length from east to west and its breadth varies from 145 km to 241 km north to south. The elevation of the country ranges from 70 m above sea level to the highest point on earth, Mt. Everest, at 8,848 m; all within a distance of 150 km with climatic variations from sub-tropical to alpine. The country is popularly known in the world for an incredible variety of ecosystems, the greatest mountain ranges, thick tropical forests teeming with a wealth of wildlife, thundering rivers, forested hills and frozen valleys. There are many temples and historical palaces full of architectural interest that display great craftsmanship and artistic ingenuity. Numerous religious and social festivals are celebrated all year round, and are part of the rich, religious and traditional heritage of people from this part of the world. Nepalese people are renowned for the welcome and hospitality they offer to visitors and it is often this experience that people remember more than any other.

Location: Situated between India and Tibet, an autonomous region of the People's Republic of China.

Vegetation: Nepal possesses a unique range of vegetation due to its unique topographical variation.

Weather: Climate ranges from tropical in the lowlands to arctic in higher altitudes.

People: Nepal has a composite population stemming from various racial and ethnic communities. It is a melting pot of diverse linguistic and ethnic groups with a population of 25 million living in different regions, wearing different costumes and speaking different languages and dialects. Ethnic groups range from the Indo-Aryan to Mongoloid. The Himalayan and central hilly regions are mostly inhabited by the people of the Tibeto-Burman stock while the people inhabiting the Terai lowlands may be grouped under the Indo-Aryan category. Its cultural traditions, art and literacy heritage go back many thousands of years. This varied mosaic of various races and ethnic groups has given Nepal its distinct character and culture.

Religion: Nepal was officially declared as Federal Democratic Republic in 2008 giving equal opportunity to all religions. The country is mainly Hindu and also Buddhist to a lesser extent. However, Hindu temples and Buddhist shrines are equally scattered all over the country. Hindus and Buddhists co-exist together to form one concordant social system. 89.9% of Nepal’s total populace is Hindu while 5.3% is Buddhist, but Hinduism and Buddhism are both equally revered in Nepal. The reflection of these unique Nepali cultures can be seen in people’s day to day lives as well as in architecture and the arts. There are many castes and creeds but no rigidity and the country has never experienced ethnic and religious conflict. Many of the same Gods and Goddesses are worshipped by both the Hindus and Buddhists but according to their different religious rites. The Kumari, or Vestal virgin Goddess of Kathmandu, for instance is a Hindu Goddess but selected from a Buddhist clan for worship. It is not unusual to have a Hindu temple within Buddhist shrines and vice-versa.

It is our great pleasure to welcome you to Attentive Holiday Tours & Travel based in Kathmandu, Nepal. Our travel company has now been a choice for thousands of discerning travelers visiting Nepal within a short span of time of its set-up.

Nepal is considered as a trekkers' paradise. One can have experience of trekking on the beaten trails to isolated outposts of the Himalayan regions. This region consists of twenty two of the world's thirty one highest snow capped mountains and covers one third (35%) of the land area of the country.

The southern plain of Nepal is covered with dense tropical forests which are popular for Jungle safari tours. The forests are teemed with fascinating wildlife and exotic birds.

Nepal has earned a reputation as one of the best destinations for white water rafting in the world. Cruising down rushing river of crashing waves and swirling rapids can make up excitement of a lifetime.

Being one of the leading tour operators in Nepal we at Attentive Holiday Tours and Travel Pvt. Ltd. offer complete flight ticket booking service in Nepal for both Domestic & International Airlines as per the traveler’s needs, suggested dates and budget.

Attentive holiday provides you the information of hotels in Nepal, mainly of Kathmandu, Pokhara, Chitwan and other parts of country. We provide basic information of accommodation status in Nepal to the entire traveler's and concerned.

Nepal Mountaineering Association (NMA) has classified 33 peaks in Nepal as 'trekking peaks' ranging from 5650-6500m into Group A comprising 15 peaks and Group B comprising 18 peaks.

Expedition in Nepal is a very much exciting and adventurous activities. The Himalayan range is extended for eight hundred kilometers from east to west of country. It has more than 13 hundred peaks with an altitude of more than six thousand meters and eight of those are above eight thousand meters-eight of the fourteen highest peaks in the world.

Attentive Holiday Tours & Travel Provide all kind of Vehicles for short and long-term hire in your require in all Nepali land.You can hire private vehicles for your tours, personal and official uses through us. We have many kinds of Cars, 4-wheel drive like (Land Rovers, Land Cruisers, Pajero), Van, Jeep, Haice, Sutlez and other deluxe vehicles suiting your group size.

Homestay Tour in Nepal is one of the most popular kinds of Bed & Breakfast. Guests are invited to a private house to live with family members. Living with local people is the best way to learn about Nepali culture in an ethic and Eco responsibility. Live a complete impressive family experience in Nepal. Share your holidays with a Nepali family