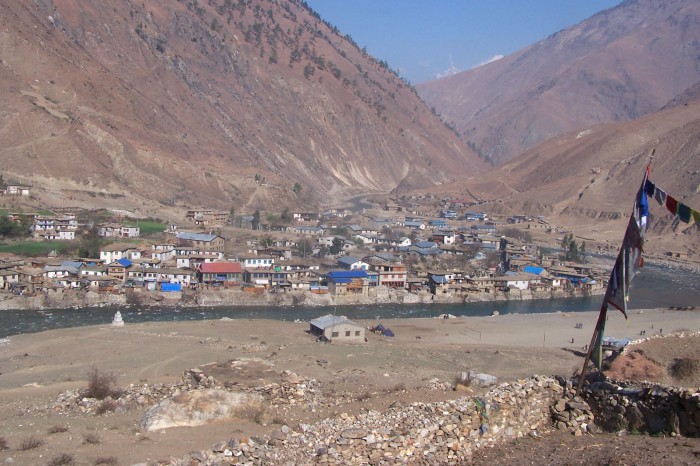 Wilderness Area treks are suitable for serious trekkers who dare to venture “the road less traveled”. As the name suggests these treks lead you to remote regions of Nepal requiring self motivation during the entire trip. Wilderness Area Trekking in Nepal long duration treks covering routes of high elevation are physically demanding. Yet, as the adage goes the fruit of labor is always sweet, so is yours. You will be treated to the delights of simple village life and the varied cultures, the wonders of the diverse eco-system and the awe inspiring experience of trekking the high mountain passes and the pristine glaciers.

Lower Dolpo trek offers a real adventure trekking on remote and rugged natural unspoiled corner simply beyond the Himalayan valleys across western Nepal. The Dolpo region preserves one of the last remnants of traditional Tibetan culture where the pre-Buddhist Bon-Po religion is still in practice.

The Upper Dolpo region is remote and mysterious destination in far west where Nepal''s most tranquil and natural beauty is still unexplored. The home of herbal land, unspoiled trans-Himalayan culture, Buddhist monuments, and unique human civilization at high altitude is worth a visit.

Mustang is by far Nepal's most restricted trekking area. It was only opened to foreigners in 1992 and has been strictly regulated ever since. Mustang is in the North West area of Nepal that is part of the Tibetan plateau.

Experience the trekking area which lies on the central eastern region of Nepal still lucky to remain untouched by modern world. You are trekking in different part of world getting in contact with local people, unspoiled nature, widely cultural and traditions barrier, massive mountain close enough to touch.

Separated from the Annapurna region by the Kali Gandaki the Dhaulagiri massif includes more than 30 peaks over 6000 meters, eight of these surpassing 8000 meters. The area around Tansen is home to the Magar people and capital of the independent kingdoms to become part of Nepal.

This trek was officially opened to tourists in 1991, but mountaineering expeditions have long had access to the area. In 1950 a party led by HW Tilman trekked from Thonje to Bimtang and Colonel Jimmy Roberts crossed the Larkya La looking for an interesting mountain to climb. Manaslu (8156m.)